A brief summary of the Friends’ projects at the Hall.

The Friends were made aware by Sothebys of London of a set of 12 Gillow mahogany dining chairs that were coming up for auction at their sale room in London.

The chairs were supplied to John Talbot Clifton for Lytham Hall and bear the embossed initialled monogram of John Talbots wife Eleanor Cecily Lowther, sister of the 3rd Earl of Lonsdale whom he married in 1884.  The chairs were in poor condition but still upholstered in the original material with the monogram clearly visible.  Items from the Hall do come up for sale from time to time and the Friends were keen to acquire these chairs to return them to the Hall.  The Friends made a telephone bid for the chairs but unfortunately were pipped at the post at the last minute.  The chairs finally went for £17,000!  The chairs had descended through the family and had been passed on by one of the children of Arthur Clifton, a brother to a later John Talbot both of whom were grandchildren of Eleanor Cecily.

John Talbot Clifton, a keen billiards player died in 1928.  Legend has it that Harry, his son hated the game and was constantly rebuked by his father for not playing well.  By 1933 Harry had control of his inheritance and one of the first things to go was the billiard table, it being offered to the local Conservative Club if they could come and remove it immediately!.

The club was renamed the Hastings and underwent major refurbishment, they no longer needed the table.  It was offered to the Friends if they would cover the cost of having it removed back to the Hall, no easy task with a 5 piece slate bed!  It is now back in the room which clearly was purpose built for it and looks very splendid. 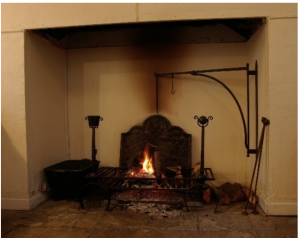 Plans were passed to allow the restoration of the chimney in the old kitchen and with the help of a very generous donation the Friends were able to fund the entire rebuilding costs including the finished chimney entrance.  This means that a real fire can be lit once more to make the room cosy and more welcoming. 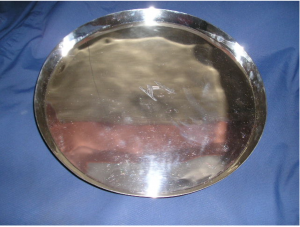 The Friends
came into possession of a solid silver tray complete with the Clifton hand and dagger motif.  The tray which we believe to be a card salver is very plain in design, about 15” in diameter with a one inch lip and set on three tapered legs.  It was made in 1898 by William J Barnard, a London silversmith 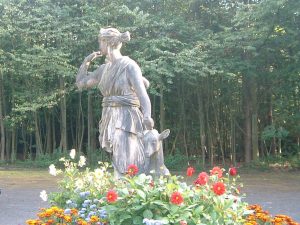 The Friends paid for the removal of the statue of Diana the Huntress into storage.  The 18th century statue has suffered greatly from being in the middle of a car park and vandalism.  We hope to see her returned to the newly restored parterre garden.

The Friends made a donation of £20,000 towards the preparation of the Stage 1 bid into the Heritage Lottery Fund.

The Friends made a donation of £5,000 towards the preparation of the Stage 2 bid into the Heritage Lottery Fund. 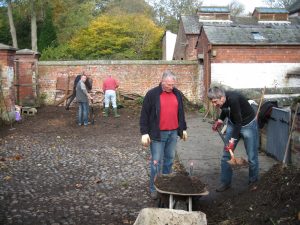 A Friends working group cleared many years accumulation of undergrowth and soil that were covering the cobblestones in the Pig Sty yard. 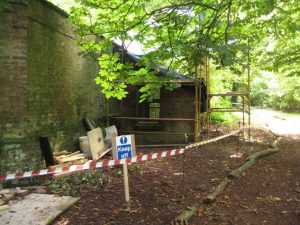 The Friends paid for the restoration of the garden privy.

The Friends fundraising contributed to a replacement footbridge over the stream at the end of the front lawn. 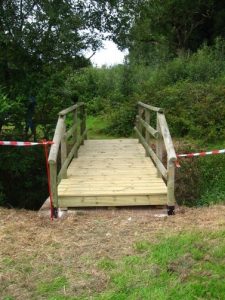 Restoration of the Courtyard Bell. 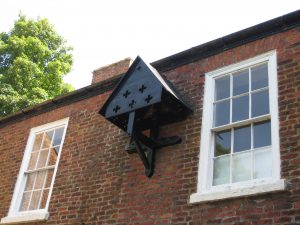 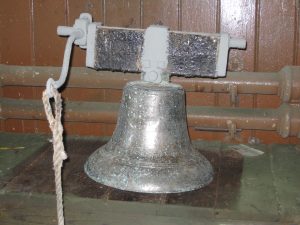 The bell, an important piece of Clifton family history which dates back for centuries was restored to its former glory.  The Clifton family were staunch Roman Catholics and the bell was used to call the Hall’s workers to prayer in the chapel.

The restoration was made possible through a very generous donation from a member of the Friends, Jean Wilding-Walsh in memory of her late husband Eddie Walsh.

The Friends presented a donation of £45,000 to the Hall as a matching contribution to the Heritage Lottery Fund grant. 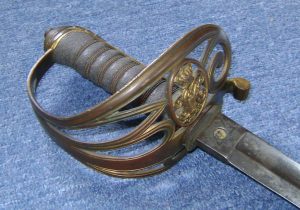 The Friends were contacted by Christopher Scott, a sword dealer who had come into possession of a sword that had originally belonged to John Talbot Clifton, which the Friends were able to purchase.

The sword is number 29125, a medium infantry sword made by the Wilkinson Sword Co Ltd on the 11th April 1888 and sold to John Talbot Clifton 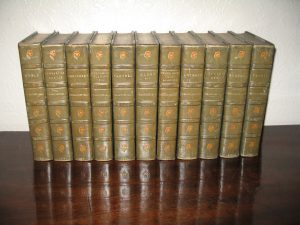 The Friends acquired a set of novels by the Earl of Beaconsfield (Benjamin Disraeli).  They have a J.Talbot Clifton of Kildalton plate stuck on the inside of the front cover.  The Friends hope the books will be put on display at the Hall when the building restoration has been completed. 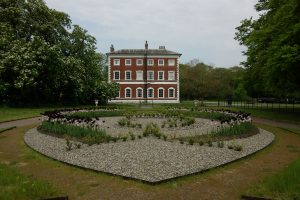 The Friends donated bulbs for planting in the restored parterre.

The Friends donated a set of restoration tools for the preservation of the Lytham Hall collection.

The Friends purchased 100 chairs for functions at the Hall and plants for the Parterre.

Marianne Blaauboer has written an excellent 29 page short biography of Lytham Hall which she has donated to the Friends of Lytham Hall to raise funds in support of the Hall.   The A5 booklet is £5 per copy and can be obtained by emailing friends@friendsoflythamhall.org.uk . 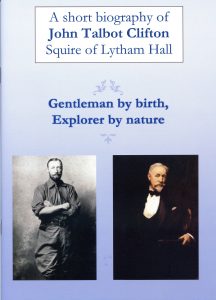 The Friends purchased plants for the Parterre and material to make 2 additional passing places on the driveway. 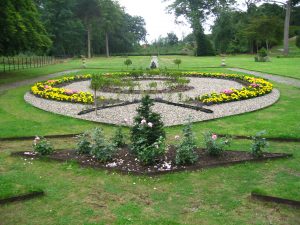 The Friends donated £9,325.56 towards the painting of the exterior of the Georgian Hall. 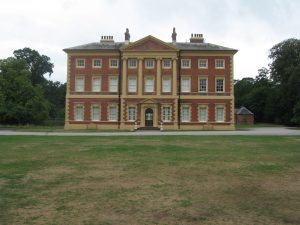